Time magazine reported this week ‘There’s a relatively new phenomenon at work known as the Internet of Things – cars, Coke machines, glasses, pacemakers – outfitted with sensors and transmitters that communicate with the cloud and one another. These objects leave trails in the digital world the same way people do’. 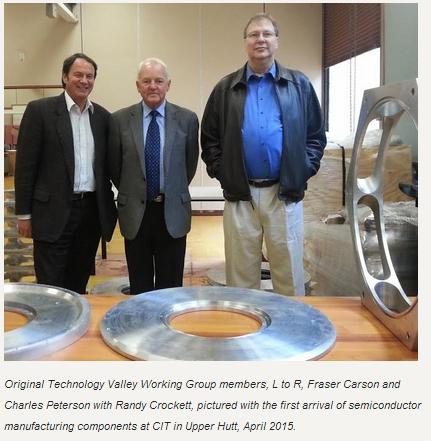 It is now five years since we established the Technology Valley Working Group and through that initiative were introduced to Randy Crockett and Trion Technology based in the US. From that association I have learnt so much about the semiconductor industry which features a number of distinct characteristics that position it uniquely in the new economy and in the global competitive arena. So much so that it is now widely recognised as the principal driver of general economic growth, for advanced product development as well as for the electronics value chain.

This was reinforced after reading a report produced by Global Information Company IHS headed ‘Moore’s Law led to trillions of dollars added to global economy’.

There is no doubt that we are living in exciting times when it comes to technology development in which New Zealand needs to participate to grow the economy and create high-earning, low impact employment for talented young New Zealanders.

+ Text Size -
Do NOT follow this link or you will be banned from the server!